Groups that help the hungry say they could use thousands of dollars in dairy products that are going sour at a milk processing plant which abruptly closed a week ago.

Employees of the Golden Guernsey Dairy in Waukesha say up to 200,000 gallons of milk, cottage cheese, butter, and eggs are wasting away. Milwaukee’s Hunger Task Force says it could go a long way to feed hungry people who show up at dozens of pantries, soup kitchens, and homeless shelters.

Former Golden Guernsey employee Robert Storm told WISN TV in Milwaukee that it’s a huge waste – and the products could have been sold to pay the 100-plus employees the company left behind.

The LA investment firm of Open-Gate Capital sought Chapter-11 bankruptcy for Golden Guernsey this week. And a federally-appointed trustee who controls the plant’s assets is worried about potential liability in donating the food. 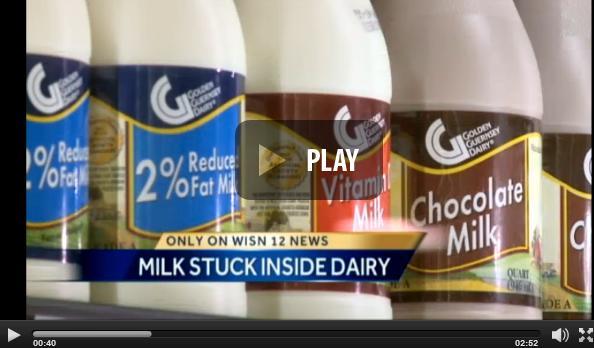