You are here: Home / Crime / Courts / Former firefighter gets prison time for arson 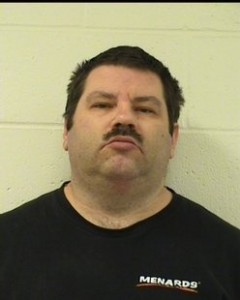 A former Wausau area firefighter will spend more than a year in prison for burning down his mobile home, after his family was evicted from the property where the home sat. Keith Rosenow, 46, was sentenced Tuesday to two years behind bars but he was given credit for 350 days he spent in jail while his case was going through the court system. He must also spend three years under extended supervision when he gets out.

Rosenow was a fire-fighter for 16 years until 2001. He told authorities he torched his house last January to get back at the manager of the Lazy Acres Mobile Home Park for making his family leave. Two neighboring homes were damaged in the blaze.

Rosenow pleaded no contest last fall to Marathon County charges of reckless endangerment, and unsafe burning of his own structure. Two other endangerment charges were dropped in a plea deal. He must also pay almost $3,900 dollars in restitution.

His wife Kathleen is also charged with the same four counts her husband faced, plus obstructing an officer. She’s scheduled to go on trial April 3.