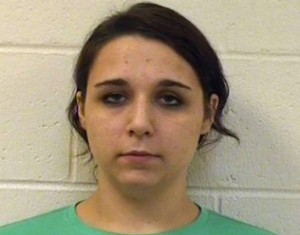 A woman accused of poisoning and stabbing her ex-boyfriend’s dog last summer will stay in jail for now. Sean Janas requested a reduction in bond from $2,500 cash to a signature bond. Judge Greg Grau saw no justification to change the bond, and denied the motion Wednesday.

The 20 year-old Janas faces two felonies and a misdemeanor charge after allegedly forcing a Shepherd-Labrador mix named Mary to drink bleach in an attempt to slowly poison the dog, then stabbing the dog several times. The complaint says Janas kept a diary explaining how much she enjoyed watching the animal suffer. Her trial is still scheduled for May. Janas could get up to five years in prison plus $30,000 in fines if convicted.

The case has caught the attention of animal welfare advocates from in and out of Wisconsin. Many of them continue to show up at the Marathon County Courthouse to show support for Mary every time Janas is in court.