You are here: Home / Badgers / Kaminsky cleared for non-contact work with the Badgers

Forward Frank Kaminsky, out for the last three games with an eye injury, was cleared for non-contact work with the Wisconsin Badgers and took 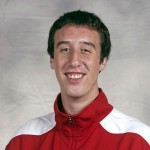 part in shooting drills at the end of practice on Sunday.

Kaminsky was hurt in the Badgers 64-59 upset win over Indiana in Bloomington.  He was poked in the eye shortly after hitting a pair of key three-point baskets.

Kaminsky is averaging 4.6 points a game this season, shooting 50% from the field and more than 40% from three-point range.  With the Badgers struggling offensively, his offense has been sorely missed.

After Ohio State, the Badgers next play at Illinois on Sunday.