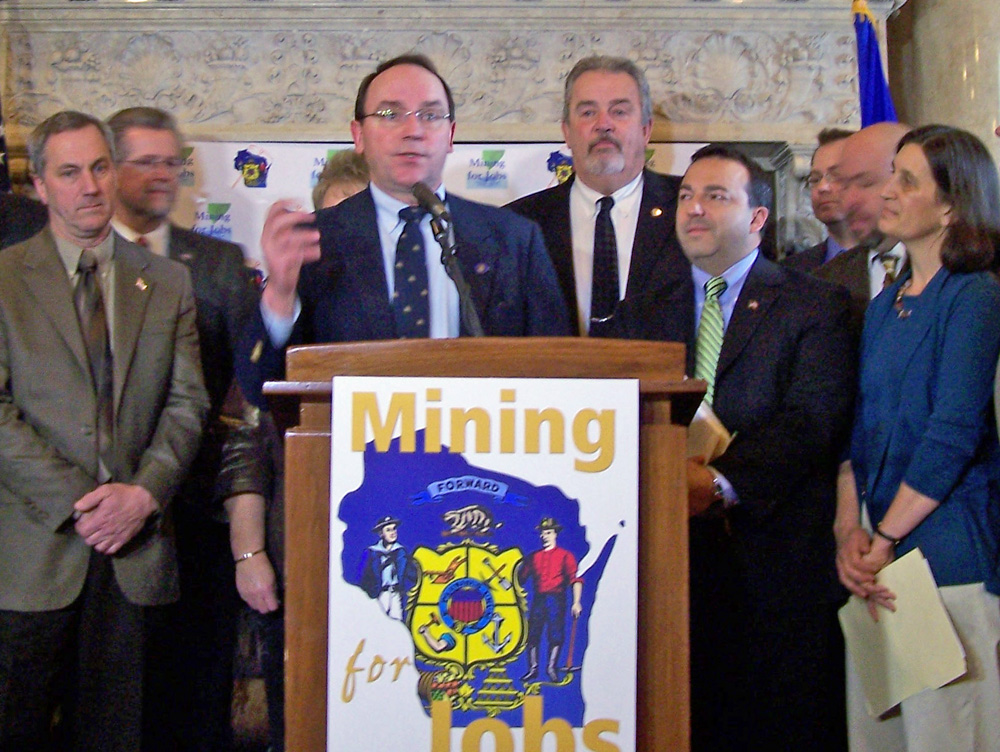 The debate over reforming state mining regulations is returning to the state Capitol, after Republican lawmakers this morning introduced a bill that would streamline the process for approving permits for new iron ore mines in Wisconsin. The bill is similar to a version approved by the Legislature’s Joint Finance Committee last session that failed to pass in the state Senate by a single vote.

It would give the Department of Natural Resources 480 days to act on permits for new mines and allows companies to off-set damage to wetlands by restoring wetlands elsewhere. Opponents would also lose their right to challenge DNR decisions before permits are issued.

Republican supporters claim the changes would help create thousands of jobs at the mining site and in supporting industries, without harming the environment. However, environmental groups are already vowing to fight the proposal.

State Senator Tom Tiffany (R-Hazelhurst) says the bill is needed to help “bring certainty and predictability to the process of issuing permits.” Tiffany notes though that the bill does not guarantee a company will be able to obtain approval for a mine, since federal oversight of the process will remain in place.

The bill is in response to a proposed mine in Iron and Ashland counties. Gogebic Taconite dropped its plans for the project last year after the previous bill failed to pass the Legislature. The company has not indicated if it would return to the state if a new bill is passed, but Republican leaders say the changes are still needed because of continued interest in mining in Wisconsin.

Governor Scott Walker praised the Legislature for its proposal, saying it would create jobs. But Madison Assembly Democrat Terese Berceau (D-Madison) claims the package sets up “years of costly litigation.” By not considering a more openly-designed Democratic alternative from last year, Berceau says Republicans gave up a chance to make the issue “less divisive and polarizing.”

The legislation is expected to be on a fast track at the Capitol, following calls from Governor Walker to send something to his desk quickly. Republicans say there will be time for public input on the proposal, although they did not indicate how many hearings will be held or where they will take place.