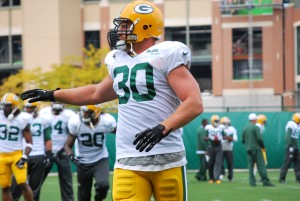 football meetings and drills as they prepare for their weekly opponent.  The coach has people inside the organization studying the game officials that work each game and their tendencies.

Packers information specialist Mike Eayrs handles the assignment, compiling information each week to present to the players and coaches.

The Packers are looking for things like holding calls and pass interference penalties.  If officials call those more than other’s.  Tendencies and predictability is something that’s good to know about ahead of time.

The Packers also meet with the officials before each game as well.

Most of the players agree.  The information presented to the players can be helpful if they pay attention, but it doesn’t always turnout the way the scouting report would indicate.