You are here: Home / Crime / Courts / Vogelsberg bond at one million in torture-murder 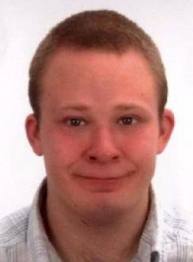 Bond has been set at one million dollars, for a Dane County man accused of torturing and killing his autistic half-brother. Jeffrey Vogelsberg made an initial court appearance in Dane County Court Wednesday, on charges of first-degree intentional homicide and hiding a corpse. The 27 year-old suspect is due back in court next Thursday, when a judge will determine whether there’s enough evidence to order a trial.

Dane County Sheriff’s Department investigators said Vogelsberg beat 27-year-old Matthew Graville to death last June 30th at a rented house they shared in Mazomanie. They also alleged that he had been tortured. Sheriff Dave Mahoney had a hard time keeping his emotions in check during a press conference in November. Mahoney, in law enforcement for more than 30, said he had a difficult time recalling another case where a suspect had abused a developmentally disabled person for his own entertainment. “Matthew lived a living hell, one in which he could only find peace in death,” said Mahoney. Graville was allegedly beaten and shot at with a pellet gun by his half-brother. And investigators said that Graville was waterboarded on the night before his death.

Graville’s body was found buried in a wooded area near Lone Rock several months later. He had Asperger’s syndrome, an autistic-related disorder. Vogelsberg was arrested at a military base in Washington state, where his wife works. He was arrested on November 5th by Dane County Sheriff’s detectives in Lewis, Washington on November 5th. He had attempted to fight extradition back to Wisconsin, but Washington Governor Christine Gregoire granted a request from Governor Scott Walker to complete the extradition.