You are here: Home / Packers / Wildcard weekend is here! (VIDEO)

The Texans are led defensively by former Wisconsin Badger defensive end J.J. Watt who put up some monster numbers this season.  Watt has 20 1/2 QB sacks, 107 tackles including 39 tackles for loss, 16 passes defensed and 4 forced fumbles. 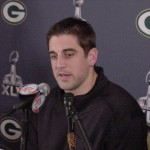 The Vikings beat the Packers 37-34 last Sunday at the Metrodome to lockup the 6-seed in the NFC playoffs.  The Packers were already in, but could have secured the 2-seed and a 1st round bye with a win.

The two teams are meeting for the 3rd time in the last 6 weeks.

Christian Ponder has played considerably better of late and didn’t turn the ball over at all against the Packers last weekend.  Ponder tossed three touchdown passes in the Vikings win.

Aaron Rodgers has a 116.4 career quarterback rating against the Vikings, adding 24 touchdown passes and only 4 interceptions.  That 6 to 1 touchdown to interception ratio ranks 2nd best in NFL history.

If this game comes down to kickers, Green Bay’s Mason Crosby has missed 12 times this season but has hit his last 4.  Minnesota’s Blair Walsh, in his rookie season, has rarely missed and is a perfect 10 for 10 from beyond 50-yards.

The Baltimore Ravens are banged up, but they did get to rest players last week.  Veteran Ray Lewis has announced his retirement at the end of the season.  Lewis would like to postpone that retirement for a couple of weeks.

Baltimore’s chances in this one might hedge on their ability to get the ball to outstanding running back Ray Rice.

For the Indianapolis Colts, Chuck Pagano returned last week and played to win.  He did and now he takes a shot at the Ravens.  Pagano has been out most of the season battling Leukemia.  He has a rookie quarterback in Andrew Luck that has passed for over 4,300 yards and 23 touchdowns in his first year.  He’s helped lead a Colts team from 2 wins a year ago to 11 entering the playoffs on Saturday.

The NFL’s other two outstanding rookie QB’s go head to head in Washington D.C. as the Washington Redskins host the Seattle Seahawks in the final wildcard playoff game of the weekend.

Former Badger Russell Wilson leads the Seahawks.  After bringing Wilson along slowly to start the season, he’s clearly a different quarterback heading into the playoffs.  Wilson’s 26 TD passes tied Peyton Manning’s rookie record for most touchdown passes in a season.

Marshawn Lynch has provided the Seattle offense with tremendous balance.  Lynch has rushed for 1,590 yards and 11 touchdowns.

Lynch isn’t the only running back with outstanding numbers.  Washington rookie Alfred Morris has rushed for a Redskins single season record 1,613 yards and scored 13 touchdowns.  Add in the 815 yards rushing by Robert Griffith III and the Redskins pose a real threat.

RG3 can throw it as well.  His 102.4 QB rating is the highest ever for a rookie quarterback.