If we learned anything from the previous Winter Olympic games, it would be what 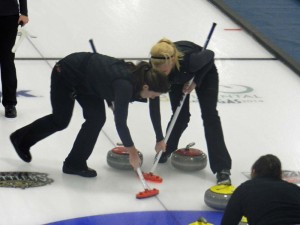 the magic of television can do for a sport.  And there’s no better example then Curling.

The 2010 winter games in Vancouver gave us television coverage of many of the sports that we normally don’t get a chance to see.  Curling was one of those sports.  It certainly caught the public eye and curling clubs across the country experienced a sizeable increase in membership.

Bill Rhyme from the Green Bay Curling Club said they held open house events right after the Olympics and the response was overwhelming.  “People were curious, they wanted to see what curling was all about,” said Rhyme.

AUDIO: Bill Rhyme said people learned Curling is fun, but it’s not as easy as it looks :19

Rhyme said the sport is definitely growing, but there’s still plenty of room for more people.

Rhyme is serving as the co-chairman of the 2013 USA Curling World Championships in Green Bay this week.  This event features the best curlers from around the country, both men and women, and he said they are really good.

AUDIO: Bill Rhyme on the quality of these curlers :24 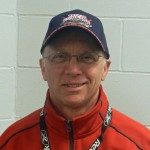 on Saturday (women at 9am, men at 3pm).  Twenty teams and eighty curlers, half men and half women, made up the field.  Rhyme said the response has been good and Green Bay will likely bid for the event again in the future.

If you’re wondering about the commitment to the sport by these world-class curlers, it’s not curling all of the time.  The athletes do have day jobs, but jobs that have some flexibility to allow them to compete all over the country.

AUDIO: Rhyme said the athletes get plenty of competition :14

Green Bay and the Fox River Valley will likely see more interest in their local curling club membership, as a result of this championship event.  Rhyme said they can’t wait for the 2014 Sochi Winter Olympic Games, which will bring even more attention to their sport.