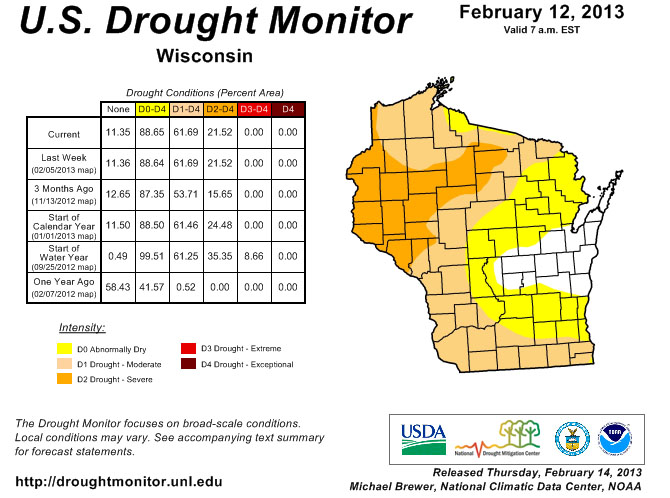 Despite recent massive snowfalls across the state and even rain, the US Drought Monitor says things have not changed very much in the Badger State since winter set in. If anything, it’s gotten worse.

According to the Drought Monitor’s latest report, 88.6 percent of Wisconsin’s land area is at least abnormally dry, up by 0.3 percent since mid-November. And the amount of land in a moderate-to-severe drought rose from 53 percent in mid-November to almost 62 percent now.

The places that do not have drought conditions are about the same as they were three months ago. They include a dozen counties from Waushara and Marquette counties on the west, to the Lake Michigan border on the east from Door to Sheboygan counties.

Wisconsin had a January thaw, but not enough water seeped into the ground to make a difference in the state’s drought.