You are here: Home / Crime / Courts / Former Racine mayor due for prison release 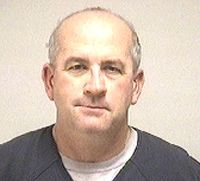 It’s been over four years since former Racine Mayor Gary Becker was arrested on internet child enticement and attempted sexual assault charges. Next week, he comes out of prison – back to the community he once led.

The 55 year-old Becker will be on three years of supervised release, but a sex offender the rest of his life. Restrictions from the Department of Corrections will include no contact with minors and no unsupervised use of the internet, which got him caught in 2009 by a state agent posing as a teenage girl.

Becker resigned in disgrace, and was later divorced by his wife. The scandal rocked city hall at the time, with numerous officials saying they never saw it coming.