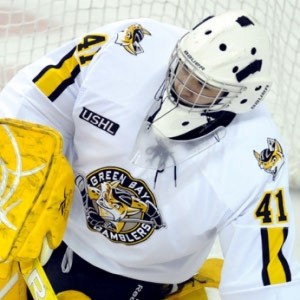 Rotolo saw action in 25 games this season with the Gamblers posting a 14-8-1 record with a 2.85 goals against average and a .901 save percentage.

The Gamblers were carrying three goaltenders with the recent acquisition of Finland national goaltender Richard Ullberg.  Ullberg has taken over as the teams number 1 goalie, with Green Bay native Tony Kujava serving as his primary backup.