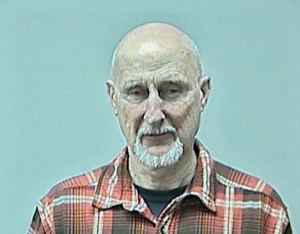 A pair of PETA protesters – including Oscar nominated Hollywood actor James Cromwell – were arrested at Thursday’s UW System Board of Regents meeting. Cromwell and PETA spokesman Jeremy Beckham burst in on the start of Thursday’s meeting, to protest animal research at UW Madison.

“Peta has been working on this issue for a long, long time,” said Cromwell, who’s known for his roles in the movies Babe and L.A. Confidential. “They even sent a letter to the regents, which got no response from the regents. So the next step was to create an event in which the media might be interested. My little celebrity seems to help.”

PETA said in a release that cats at UW-Madison are abused for brain research. UW researcher Eric Sandgren says people have a right to disagree with using animals in research. “That’s an ethical issue. We all have a right to our own ethical perspective. My complaint with PETA is that they make charges outside of that realm, in this case the legality, and they’re wrong about those.”

Sandgren said PETA was claiming the UW violated the law, but the USDA found that they did not. PETA’s Jeremy Beckham says USDA has “very paltry legal requirements” regarding animal welfare. He and Cromwell were booked into the Dane County jail, and released.