You are here: Home / Badgers / Nuttycombe is Big Ten Coach of the Year

For the 22nd time in his career, Ed Nuttycombe has been named Big Ten Coach of the 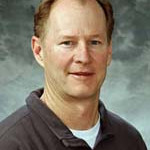 Nuttycombe claimed his 26th Big Ten title as Wisconsin‘s head coach over the weekend, as the Badgers won the Big Ten’s Indoor Title in Geneva, Ohio.  It’s the first Big Ten Indoor title for the Badgers since 2008 and their 13th under Nuttycombe.

Nuttycombe has also guided Wisconsin to 13 outdoor conference championships, the last of which came in 2012.

Nuttycombe has also been named regional coach of the year 10 times by the U.S. Track & Field and Cross Country Coaches Association.