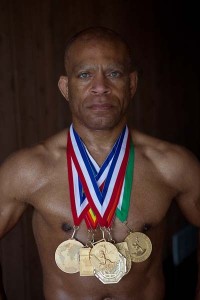 One of the best wrestlers in American history says this week’s recommendation by an International Olympic Committee board to drop wrestling from the 2020 games, reminds him of a political decision that “ripped out” his dream of an Olympic gold medal in 1980. Lee Kemp was on the U.S. team that was unable to compete due to then-President Carter’s cold war-era boycott of the games, held in Moscow.

Kemp won three national titles at the University of Wisconsin and when on to win multiple world titles, but Olympic hardware was his dream. “I was fortunate to enough to be able to be a world champion but it’s different on the Olympic stage,” says Kemp. “That was the stage I wanted to be compete on.”

The I.O.C decision still needs to be finalized later this year. Since the announcement, there has been backlash from the wrestling community in the U.S. and other countries where the sport is hugely popular. Given the international outcry, Kemp finds it “hard to believe” the decision will stand. Nevertheless, Kemp is encouraging people to sign an online petition in support of retaining wrestling in the games.