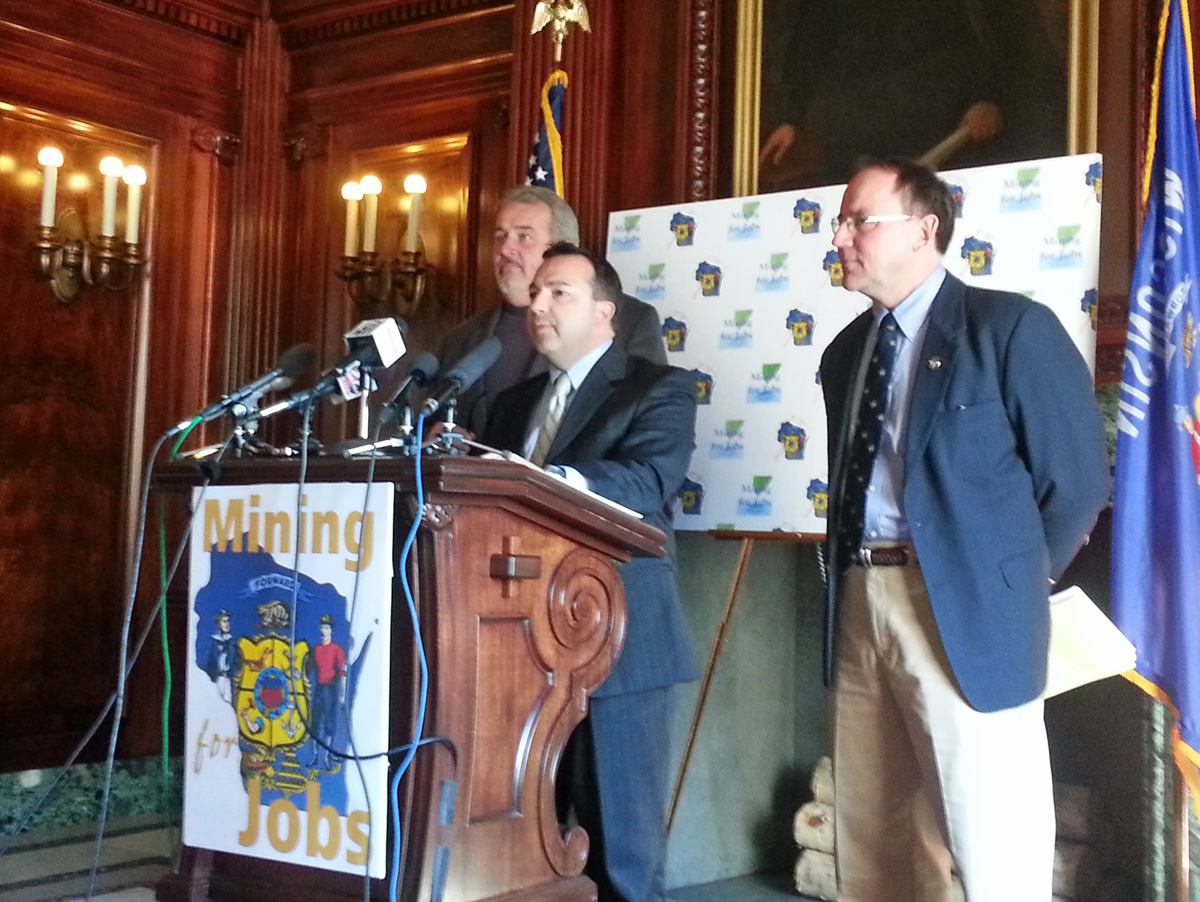 The authors of a bill aimed at streamlining the approval process for iron ore mining in Wisconsin have unveiled several amendments, which they say are aimed at easing concerns about the environmental impacts of the legislation.

The amendments include changes to water quality standards and where tax revenues from any mine will be directed. They also require better coordination between the DNR and the Army Corps of Engineers

Assembly Republican Leader Scott Suder (R-Abbotsford) says they tried to listen to the many opinions out there and work with both parties. He says the changes as bipartisan because “they incorporate ideas from a number of individuals.”

The amendments also clarify where overburden from a mine can be deposited. State Senator Tom Tiffany (R-Hazelhurst) says that will address claims that a company could fill in large bodies of water with rocks. Tiffany says it will “show people that were are not allowing lakes or rivers to be filled in northern Wisconsin.”

Some of the changes are from a competing bill offered by state Senator Tim Cullen (D-Janesville). While he believes it’s a start, the Janesville Democrat says there’s still a long way to go before he would support the Republican version. Cullen says “these are baby steps. This is the beginning of a process of moving towards a sensible bill.”

Legislative committees in both the Assembly and the Senate will consider the proposed amendments, along with the bill itself, during hearings scheduled for Wednesday at the Capitol.