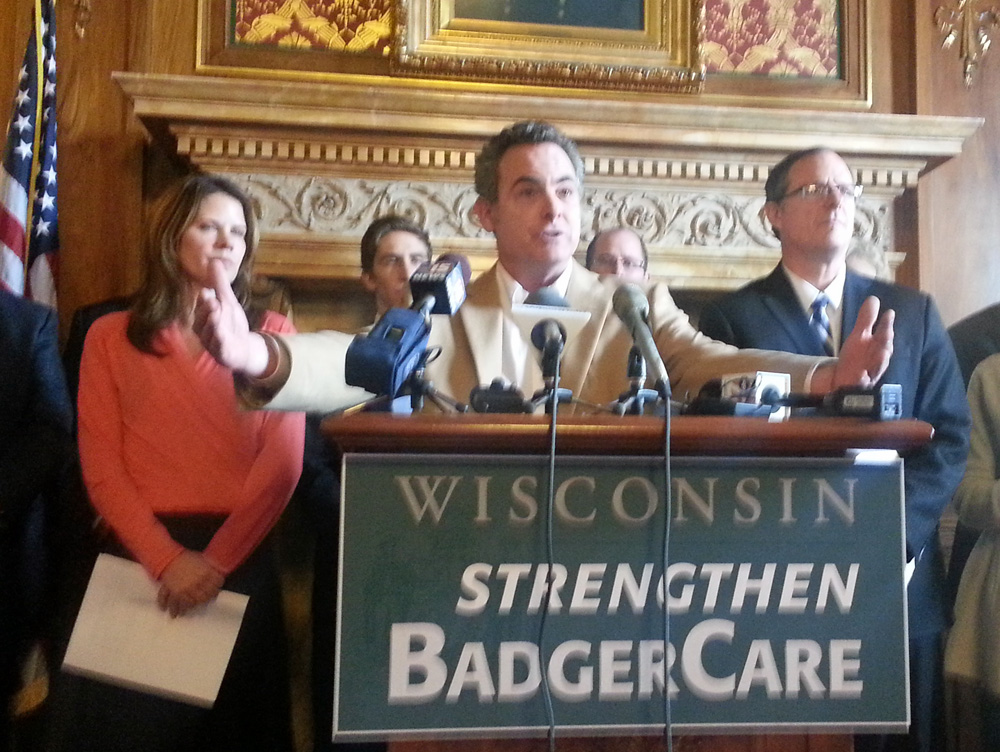 Democrats in the state Legislature and health care advocates are calling on majority Republicans and Governor Scott Walker to expand Wisconsin’s BadgerCare program.

Under the Affordable Care Act, federal funding is available for states to expand eligibility for their Medicaid programs. In Wisconsin, a report from the Legislative Fiscal Bureau indicates that could help add nearly 175,000 low-income residents who currently lack health insurance. Democrats say the report also shows Wisconsin could save $65 million in the first three years and bring an additional $4.5 billion in federal health care funds to the state through 2020.

Legislative Democrats on Tuesday introduced a bill that would require the state to seek the funding. State Representative Jon Richards (D-Milwaukee) says the expansion is needed to provide another stepping stone to help people move in to the middle class. He says accepting the money is about “knowing a good deal when you see one.”

Democrats also renewed calls for Governor Walker to accept the funding. State Senator Jon Erpenbach (D-Middleton) says it’s the right thing to do, although the Middleton Democrat also expressed concerns that the governor will turn down federal assistance. Erpenbach pointed to the governor rejecting federal funds to create a state-based health care exchange as an example of Walker trying to be “the most conservative governor in the history of the country.”

Erpenbach says the money will just go to another state if Wisconsin turns it down, which he argues only ends up hurting residents here.

In a statement, a spokesman for the governor noted that “funding contained in the bill proposed today has not yet been appropriated by Congress. There is a possibility that the federal government will not fund the spending in this bill, which would ultimately result in state taxpayers picking up the additional cost.”

Governor Walker is expected to outline his plans for Medicaid funding in his state budget, which will be released on February 20th. Lawmakers and health care advocates delivered thousands of petition signatures to the governor’s office Tuesday morning, urging him to accept the federal funding.