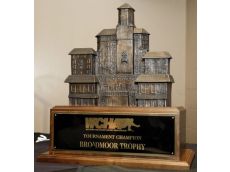 The game is currently scheduled for broadcast on ESPN3, with the possibility of local live television coverage.  The game will air tape delayed on ESPNU at 9:30pm CT.

Second-seed and host-school New Hampshire (19-11-7) takes on third-seed Denver (20-13-5) in the second regional semifinal game on Friday at 7pm CT.  That game will air live on ESPNU.