You are here: Home / Badgers / Badgers to open 2015 football campaign against Alabama 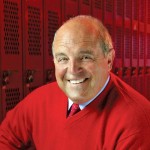 “As a league we decided that we needed to upgrade our non-conference schedule,” UW Director of Athletics Barry Alvarez said.  “We understand that strength of schedule will be a factor in determining which teams earn the right to participate in the new four-team playoff system and we want to be in that mix.  There’s no better way to do that than by playing the defending national champions.”

The game time and television network have yet to be determined.

UW and Alabama have met just one time in the schools’ history, a 15-0 Badger victory on Nov. 3, 1928 at Camp Randall Stadium.  Wisconsin has not played an SEC team since playing five straight bowl games against the conference from 2003-07.  Wisconsin finished 2-3 in those games.