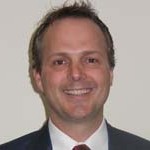 Cooper joins the Lightning after having spent the previous three seasons behind the bench of Tampa Bay’s top minor league affiliate, the Norfolk Admirals and then this season with the Syracuse Crunch.

Cooper led the Gamblers to an 84-27-9 record in two seasons, finishing both with the best record in the USHL and winning the 2010 Clark Cup.