You are here: Home / Crime / Courts / Husband charged in death of Wisconsin native 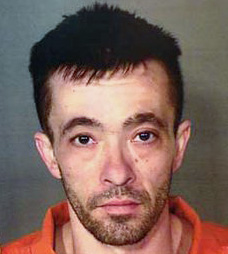 A Minnesota woman originally from the Wausau area, who has been missing for a week, is now presumed dead, and her husband has been charged in her death.

Kira Steger Trevino, 30, was a 2001 D.C Everest graduate who has been working as a store manager in the Mall of America for the past six years. Her husband, 37-year-old Jeffrey Trevino, is accused of killing her last Thursday night or Friday.

Police investigators said the couple had marital problems. The criminal complaint also showed evidence of Kira Trevino’s car being fueled at a gas station the night she disappeared, and of an unidentified person parking the car at the Mall of America ramp and getting into a cab. GPS tracking of the cab showed the rider was dropped off within a block of the Trevino’s St. Paul home.

Although the body of Kira Trevino has not been recovered, Ramsey County prosecutor John Choi said the sheer amount of blood found in the couple’s home, the missing woman’s car, and evidence of a violent struggle lead him to believe she is no longer alive. Jeffrey Trevino allegedly bleached his clothing and sanitized the house along with numerous towels used to clean up the blood.