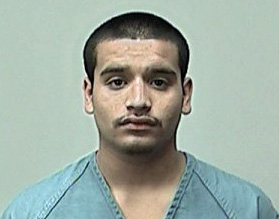 A guilty verdict for a Dane County man who killed four people in a drunk driving crash. Prosecutors charged 19 year-old Victor Benitez was drunk and high on drugs when he crashed a car into a utility pole southeast of Madison in February of 2012.

The criminal complaint alleged that Benitez walked away from the scene while emergency workers tended to his passengers. Benitez said he was not the driver. His attorney argued that Benitez could not comprehend what happened and suffered short-term memory loss.

The jury convicted him on eight homicide charges, obstructing an officer and driving without a license. He was found not guilty on failure to follow legal obligations in a a crash. He’s to be sentenced following a presentence investigation.

The crash victims were 18-year-old Jose Cabrera-Hernandez and 17-year-old Martin Sanchez-Gutierrez, both of Madison, and 25-year-old Alan Dickson and 17-year-old Phankham Chitanavong, both of Rockford, Illinois.