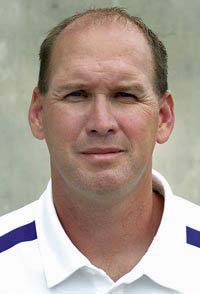 coaching position at Austin Peay, which is a Football Championship Subdivision school that competes in the Ohio Valley Conference.

Leipold led the Warhawks to four NCAA Division III football titles in his first five years on the job.  In six seasons, Leipold has a 79-6 career mark.

Leipold is scheduled to interview for the
position on March 14.

Former Wisconsin assistant Mike Markuson
is set to interview for the post next week.