You are here: Home / Packers / Will the Packers lose Dietrich-Smith?

The Green Bay Packers like Evan Dietrich-Smith at center, but apparently not 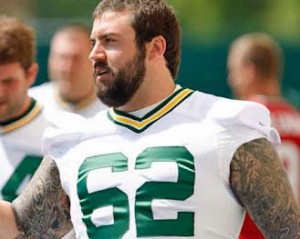 enough to offer him anything more than the lowest restricted free agent tender.

Dietrich-Smith entered the NFL undrafted, which is why the Packers wouldn’t receive any draft pick compensation for Dietrich-Smith.

GM Ted Thompson is taking a gamble.  He’s betting no team will offer Dietrich-Smith enough to pry him from Green Bay.

Before 3pm today, teams must exercise options for 2013 on all players who have option clauses in their 2012 contracts.

The second lowest tender is worth $2.023 million, which means the Packers save about $700,000 by issuing the low tender.