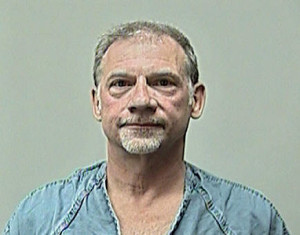 A Lutheran bishop could be released from jail Thursday, after he made his first court appearance today in the hit-and-run drunk driving death of a runner in Sun Prairie. 59-year-old Reverend Bruce Burnside of Madison appeared in Dane County Circuit Court Wednesday afternoon, after he was charged with felony counts of negligent and drunken homicide, along with hit and run charges.

A judge set a $150,000 cash bond, which will be reverted to a signature bond tomorrow morning. Burnside will be on a bail monitoring program and will have to stay home at night and report to authorities each day.

Burnside pleaded innocent to a misdemeanor hit and run charge and waived the time limits for a preliminary hearing on the three felony counts. The status of his case will be reviewed at a court hearing on May 13th.

Burnside remains the bishop for the South Central Synod of the Evangelical Lutheran Church in America, which serves 145 congregations and 110,000 members. The Synod’s executive committee and staff are handling his work. Church officials are urging prayers for all those affected by the crash.