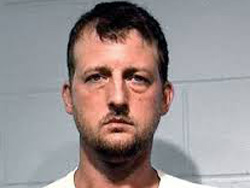 The man who admitted to killing his daughters last summer will go to prison and not to a mental institution. A jury in St. Croix County on Tuesday rejected an insanity plea and determined Aaron Schaffhausen knew what he was doing at the time of the murders.

The jury needed just over four hours to reach that verdict. Even though the situation required only 10 of 12 jurors to rule for insanity, all 12 unanimously agreed Schaffhausen’s actions prove he knew the difference between right and wrong and was not insane when he committed the murders.

Schaffhausen had earlier pleaded guilty to three counts of first degree intentional homicide, along with one count of attempted arson. Prosecutors alleged that he slit the throats of 11-year-old Amara, 8-year-old Sophie and 5-year-old Cecilia during an unscheduled visit at their River Falls home last July. He later texted his ex-wife, saying “You can come home now, I killed the kids.”

During closing arguments Tuesday morning, prosecutor Gary Freyberg argued Schaffhausen was in control of his actions, calling him a mean and callous person, and not legally insane. Defense attorney John Kucinski argued that Schaffhausen has a rare mental disorder, rooted in a deep dependency on his ex-wife.

The verdict means a likely life sentence in prison, instead of spending time in a mental institution with a chance of being released someday Sentencing will be scheduled at a later date.