You are here: Home / Packers / Just about draft time! 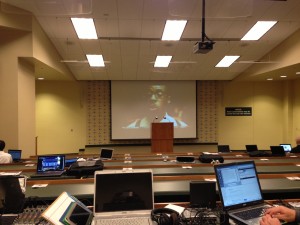 We are minutes away from the start of the 2013 NFL Draft!

Things get underway at 7:00 from Radio City Music Hall in New York.  The Kansas City Chiefs hold onto the #1 pick and it is still unclear who they will take.  In the weeks leading up to the draft, it was believed that the Chiefs would good Texas A&M Tackle Luke Joeckel.  However, Central Michigan Tackle Eric Fisher has popped up today as a the possible choice.

After the Chiefs, Jaguars sit at #2, Oakland is at #3, Philadelphia picks #4 with the Detroit Lions rounding out the top 5.

The Packers hold onto the the #26 pick in the first round which should come up around (estimated) 10 or 10:30 CST.  It is one of 8-picks the team holds for the draft.

Check back for updates throughout the night from Lambeau!