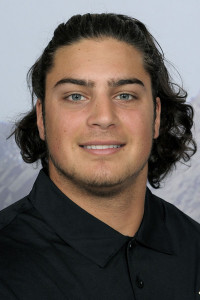 The Green Bay Packers ended the second day of the draft on a trading frenzy.  They moved back in the third round and then out out of the third round completely in deals with San Francisco and Miami.

Their first selection of day was #109 overall, the 12th pick in the 4th round.  They used that spot to nab Offensive Tackle David Bakhtiari of Colorado.

Bakhtiari played in 34-games for the Buffaloes, starting 33 of them.   He played 22 games on the left side and 11 on the right.  His career blocking grade of 88% was the best of any offensive tackle in the Pac-12.