You are here: Home / Packers / Packers still have plenty of cap room

After Aaron Rodgers and Clay Matthews signed their blockbuster extensions, the 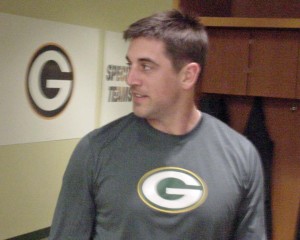 Rodgers’ five-year, $110-million extension gives him $54-million in guaranteed money, including a $35-million signing bonus.  Rodgers will also earn $9.5-million roster bonuses in both 2014 and 2015.

The Packers have just over $13.5-million in cap room.  They’ll need somewhere between $5-million and $6-million to sign their draft choices and undrafted free agents.  That gives them roughly $7-million to use on contract extensions for players like B.J. Raji, James Jones and Sam Shields if they wish.  They can also hold on to some cash in the event they would need to sign a player(s) to fill in for any players that might suffer long-term or season ending injuries.