You are here: Home / Packers / Packers use 6th round pick on Nate Palmer 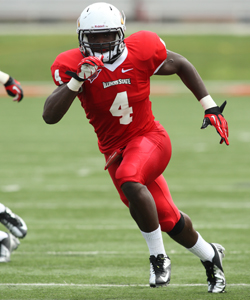 The Packers late round run on defense continues as the Packers tab Illinois State OLB Nate Palmer in the 6th round with the 193rd pick in the draft.

Palmer’s college career started at Illinois before he transferred to Illinois State after his Sophomore Season.  He did earn Academic All-Big Ten honors as a Freshman with the Illini.

At 240 pounds, Palmer will make the move to outside linebacker in the NFL.