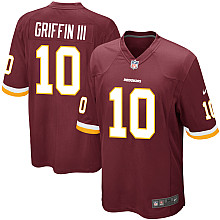 number of jerseys on nflshop.com.

Green Bay Packers quarterback Aaron Rodgers finished seventh on the list.  Rodgers is the only Packers’ player in the top 15.

Rookie quarterbacks Andrew Luck of the Colts (6) and Russell Wilson of the Seahawks (14) also finished in the top 15.