You are here: Home / News / Sebena will be added to national police memorial 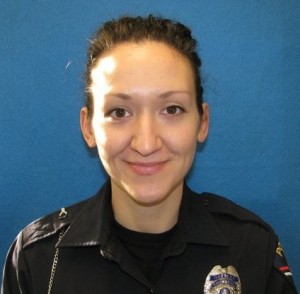 The vote reversed an earlier decision that would have left Sebena off the memorial for at least another year.

Wisconsin Professional Police Association executive director Jim Palmer says he was elated by the outcome of the vote, noting that it reflects the voices of officers across the country who felt Sebena was worthy of being honored on the national memorial.

Sebena was fatally shot on Christmas Eve while on duty and prosecutors have charged her husband with her murder. The officer’s name was originally rejected because the memorial board considered the death the result of a domestic incident.

The decision prompted widespread calls for the board to reconsider, with Palmer and the WPPA noting several other officers already on the memorial died under similar circumstances. Palmer says it became clear that the board was unaware of that information when it originally considered her name, and he praised members for agreeing to revisit the issue so quickly.

Palmer was allowed to take part in Wednesday morning’s vote as a fill-in for another organization with a seat on the board.

Sebena’s name will be added to the national memorial during a ceremony in May. It will also be included on Wisconsin’s memorial outside the state Capitol building at around the same time.