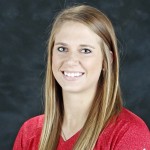 The Badgers improved to 42-11 on the season and get the conference’s automatic bid to the NCAA Tournament.

Junior pitcher Cassandra Darrah went the distance for the Badgers, recording a complete game 2-hitter and earned tournament Most Outstanding Player honors.  Darrah finished the tournament with a perfect 3-0 record, working all 21 innings for Wisconsin and recording a 1.67 ERA.

Darrah, together with Stefanni LaJeunesse and Maria Van Abel, was named to the 2013 Big Ten All-Tournament team.

The Badgers are making their 4th trip to the tournament but their first since 2005.  They’ll open play Thursday against North Carolina in Oregon.  The Badgers beat the Tarheels 4-2 earlier this season.