You are here: Home / Sports / Racing world loses one of its Legends

One of auto racing’s legends took his own life on Thursday.  Dick Trickle passed away at 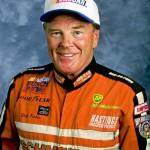 The Wisconsin Rapids native never won on Nascar’s biggest stage, but he won more than 1,000 races across the U.S. and Canada, 67 features in 1972 alone.  Trickle claimed 9 championships in the 70’s and 80’s on the regional ARTGO and American Speed Association Tours.

Trickle was considered a mentor in the racing world.  If he isn’t the most popular driver in the sport, Trickle is right near the top.  Drivers around the world say he’ll never be forgotten.