You are here: Home / Legislature / Governor urged to keep the Kringle in the budget 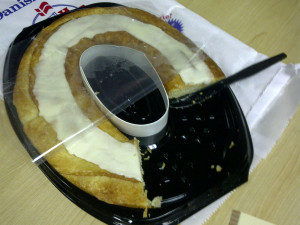 As Governor Scott Walker reviews the state budget passed by the Legislature and ponders possible vetoes, several lawmakers are asking him not to touch a provision that would designate the Kringle as Wisconsin’s official state pastry.

The Kringle is a large, flat, oval-shaped pastry with heavy ties to the Danish community in Racine.

The item was a last minute addition to the budget by the Legislature’s Joint Finance Committee, at the urging of Racine Democrat Cory Mason. In a letter to Walker, Mason and a group of bipartisan lawmakers argue the designation for the iconic pastry would be a source of great pride for communities in southeast Wisconsin.

The governor has until June 30th to make any vetoes to the budget and to sign the bill.