You are here: Home / Sports / NWL expanding to Kalamazoo in 2014

The Northwoods League is expanding to 18 teams in 2014. The Kalamazoo City 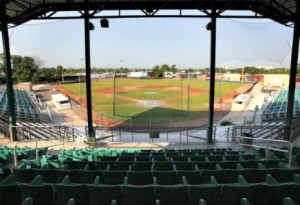 Commission approved an agreement with the league this week for a five-year lease beginning in January of 2014.

The new team will be the league’s second team in Michigan as the Bombers currently play at C.O. Brown Stadium in Battle Creek.

The team will play its’ games at Homer Stryker Field.  The ballpark has not hosted a team since the Kalamazoo Kings left after the 2011 season.

The 2013 season marks the 20th season of Northwoods League baseball.  102 former players have gone on to play Major League Baseball.