After Kyle Korver decided to stay in Atlanta and sign a 4-year contract with the Hawks, the Milwaukee Bucks are now setting their sights on free agent shooting guard O.J. Mayo.

The Bucks have already lost Mike Dunleavy and J.J. Redick in free agency and they’re trying desperately to add help at shooting guard. 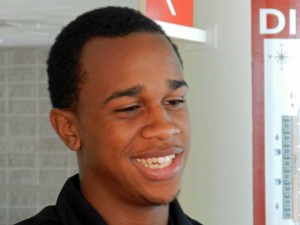 League in Las Vegas.  He’ll join forward Gustavo Ayon and point guard Ish Smith, who are all returning to Milwaukee this season.

Second round draft pick Nate Wolters will also be on the team, but first round pick Giannis Antetokounmpo will not play because the 18-year-old is competing for Greece in the European Under-20 Championship in Estonia.

In-state players Mike Bruesewitz (Wisconsin Badgers) and Junior Cadougan (Marquette) will participate in the Bucks summer league camp July 10-12 and will have a chance to gain a spot on the Las Vegas roster.

The Bucks will open Summer League play on Saturday, July 13 at 9pm CT against the Denver Nuggets.