You are here: Home / Packers / Burnett signs extension with Packers 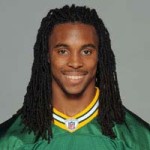 worth more than $24-million on Monday.  That figure could climb to $26-million with incentives.  The deal also includes a signing bonus worth $8.25-million.

Burnett, who led the Packers in tackles last season, was set to become an unrestricted free agent after the upcoming 2013 season.

Burnett was part of a Packers defense last season that improved from 32nd to 11th in yards and from 32nd to 7th in passing average.

With Charles Woodson, Burnett becomes the veteran leader at safety.  He had only two interceptions last season, both coming in the red zone against the Vikings at Lambeau Field in a Packers victory.