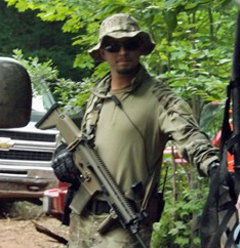 Mining company Gogebic Taconite is responding to complaints about the presence of armed guards at its exploratory drilling sites in northern Wisconsin.

A pair of northern Wisconsin lawmakers sent a letter to the company this week, asking officials to remove armed guards protecting the site of a proposed iron ore mine in Ashland and Iron Counties. Gogebic spokesman Bob Seitz called the letter “political grandstanding,” arguing that the security is necessary to prevent protester violence and to limit the need for law enforcement to be dispatched to the area.

Seitz says they will remain in place to continue providing a safe work place for their employees, along with protecting the safety of protesters who could be injured if they attempt to damage high pressure drilling equipment.