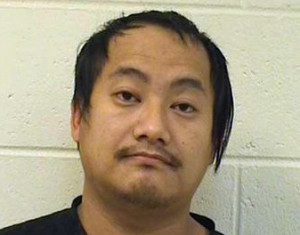 A hearing for a Wisconsin man accused of killing and dismembering a Minnesota man has been delayed.  Kou Tau was supposed to appear in Marathon County court Friday morning. The case is being assigned to a new judge.

The preliminary hearing has been delayed twice before, once when a new defense lawyer was assigned, again when Judge Lamont Jacobson recused himself. The case is now being transferred from Judge Gregory Huber to Judge Michael Moran.

The 26 year-old Tau is accused in the death of 58 year-old Tong Pao Hang, whose dismembered body was discovered in April. A criminal complaint says Thao drove from Wausau to Milwaukee in April with the severed head of Hang in the trunk of a car. Other body parts were found in the basement of a Milwaukee home where the car was located.

Thao is charged with first-degree intentional homicide, hiding a corpse and possession of a firearm by a felon.