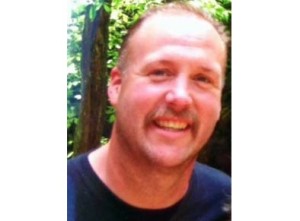 A manhunt continues in Barron County for 43 year-old Brad Young, a police officer from Waupun who is wanted by the Green Lake County Sheriffs Department for burglary and theft.  Barron County Sheriff Chris Fitzgerald said Young is believed to have stolen a white, 1996 Nissan Maxima 4 door with Wisconsin plate 480-HGK. If this vehicle is seen by the public they are not to approach it and call 911. Young is considered armed and dangerous.

Fitzgerald said Young was spotted in Barron County on Monday night. Deputies attempted to stop Young, who crashed into a wood area between Rice Lake and Cumberland, on Highway 48. SWAT teams from several counties have been involved in the search for Young. Anyone with information is asked to call the Barron County Sheriff’s Department at 715-537-3106.

Green Lake County Chief Deputy Sheriff Mark Putzke said Young is accused of breaking into a Green Lake County restaurant and stealing the pickup truck he was driving when he led the Barron County deputies on the high speed chase.

The accusations against Young came as a complete surprise to his co-workers. Waupun Police Deputy Chief Scott Louden said Young is a 22 year veteran of the department, the last 8 ½ years as a lieutenant. “This came as a total shock to our department,” said Louden.