You are here: Home / Crime / Courts / Accused Walmart shooter went back to work 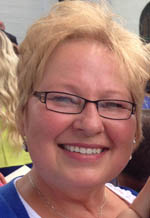 When Neenah police arrested the suspect in a Walmart shooting on Wednesday, the woman had already gone back to work at one of the store’s cash registers.

Police Chief Kevin Wilkinson said 46-year-old Justine Boyd still had the gun that investigators believe she used to shoot one of her co-workers, 56-year-old Sharon Goffard, minutes earlier. He called that very strange behavior for someone who just shot another person.

Wilkinson said he’s not sure if Boyd was having mental health problems, or if she wanted to see the aftermath of the shooting. Boyd is in the Winnebago County jail, and she’s expected to be in court in the coming days. Goffard remained hospitalized Thursday, in critical condition.