You are here: Home / Crime / Courts / Arrest made in connection with LCO shooting 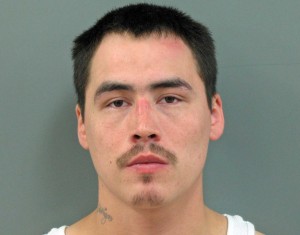 An arrest has been made in connection with a fatal shooting this week, on the Lac Courte Oreilles Reservation in northwestern Wisconsin. The Sawyer County Sheriff’s office says 29-year-old Rocky Butler called 911 at about 11:30 p.m. Wednesday, to report that someone had been shot.

The victim, 26-year-old James Hamilton of Stone Lake, was shot in the head and abdomen. Butler shot Hamilton after he entered his apartment and battered him, according to a department press release. A third man, 25-year-old Kevin Crone, also entered Butler’s residence with Hamilton and was involved in the fight.

Butler was transported to an area hospital after the incident and then transported to the Sawyer County Jail. Butler has since been released. Crone was arrested Thursday by Lac Courte Oreilles police officers, for a probation violation, pending charges related to the shooting. An autopsy has been performed on Hamilton’s body by the Ramsey County Medical Examiner in St. Paul.

The case is being investigated by the Sawyer County Sheriff’s Office with assistance from the Lac Courte Oreilles Police Department, the state Division of Criminal Investigations and the Wisconsin State Patrol.