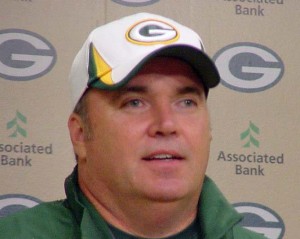 Mike McCarthy said there’s nothing confusing about the extra kicker.  He said it’s a move that increases the level of competition.

But things could be worse.  Going back in time to the 1988 season, Max Zendejas started the year as the teams starter but struggled.  He kicked in four games that year before the Packers sent him on his way.

Zendejas was just one of a handful that would kick that season for Lindy Infante’s 4-12 football team.  Dean Dorsey kicked in 3 games for the Packers and 3 more for the Philadelphia Eagles before his career would come to an end.

Dale Dawson also gave it a try in 1988.  He kicked in four games before the Packers made a change.  Curtis Burrow was the fourth kicker.  He appeared in just one game that season.

Nobody is suggesting these three kickers will struggle like the kickers in 1988 did.

But three kickers in a training camp is an unheard of number.  A decision is coming soon, with the final preseason game Thursday night against the Kansas City Chiefs.