You are here: Home / Packers / Longwell retires as a Packer 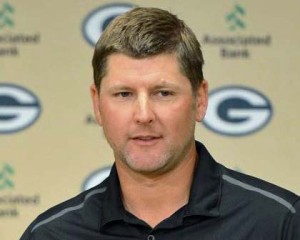 Longwell returned to Lambeau Field to announce his retirement.  Longwell scored 1,054 points during his nine seasons with the Packers (1997-2005) and holds franchise records in field goals made (226) and field-goal percentage (81.6).

Longwell spent the last six seasons with the Vikings, but said yesterday that there’s no question he would go out as a Packer.

AUDIO: Longwell on retiring a Packer :25

As for kicking inside Lambeau Field, Longwell said it hasn’t always been easy.