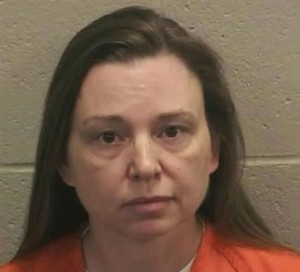 A woman accused of shooting her co-worker in the stomach at a Neenah Walmart last week has been charged with attempted first-degree intentional homicide. According to the criminal complaint, 46-year-old Justine Boyd of Greenville was arrested with two hand guns and several rounds of ammunition in her pockets and hand bag.

Boyd allegedly shot 56-year-old Sharon Goffard because she was upset that Goffard was moved to an easier cash register position inside the liquor section of the store on Winneconne Avenue. Boyd apparently returned to her own register after the shooting and resumed working.

Goffard was found shot behind her register. “It appears to be, from all evidence I’ve seen, an isolated incident between these two regarding what looks like a dispute over positions at the Walmart,” said Winnebago County Deputy District Attorney Scott Ceman.

Boyd’s appearance before a court commissioner Monday was postponed until Tuesday, so she could apply for a court appointed attorney. The district attorney’s office is seeking a $1 million bond.