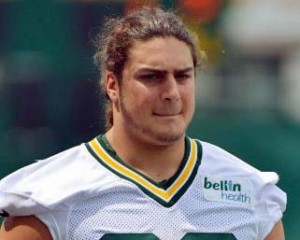 position with the Packers.  Bakhtiari will start after Bryan Bulaga went down with a torn ACL in last Saturday’s Family Night Scrimmage.

Bakhtiari has been impressive during the first week and a half of training camp.  He said his goal is to try to stay calm and not freak out.

AUDIO: Bakhtiari on his goals for tonight :20

Packers coach Mike McCarthy said he wants both Mason Crosby and Giorgio Tavecchio to have an equal amount of attempts this preseason but he didn’t unveil his plan for using his kickers in tonight’s game.

All four quarterbacks, including newly signed Vince Young, are expected to play tonight against the Cardinals.

Eddie Lacy (hamstring) isn’t expected to play tonight against Arizona.  DuJuan Harris hasn’t practiced yet, although he said yesterday that he felt he could go at any time.

James Starks, Alex Green and Johnathan Franklin are expected to get the bulk of the action.

Tonight’s game kicks off at 7pm at Lambeau Field.