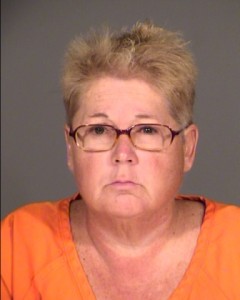 Bond has been set at $25,000 cash for a 51-year-old Plymouth woman accused of causing a fatal accident in Fond du Lac County early Wednesday morning.

Laurie Garcia was charged Thursday with homicide by negligent operation of a vehicle. Police say Garcia was passing a line of cars on Highway 23 east of Fond du Lac. She went into the oncoming lane of traffic, forcing 53-year-old Kathleen Fee of Fond du Lac on to the shoulder of the road to avoid her. Fee lost control of her car and crossed over the center line, hitting a car driven by 41-year-old Mark Feldner of St. Cloud.

Fee was not wearing a seat belt and was thrown from her car. She died at the scene. Feldner suffered non-life threatening injuries.

Garcia was pulled over on Highway 151 near Waupun. Witnesses reported she was passing cars both before and after the accident. A preliminary hearing is scheduled for September 12th.