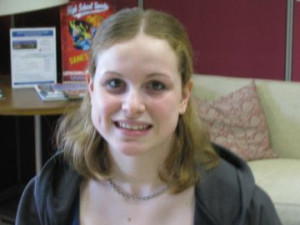 A Fond du Lac woman says she just can’t seem to get away from rabies.

Jeanna Giese made medical history when she survived rabies in 2004 at the age of 15, thanks to an induced coma and chemical cocktail. She caught the virus from a bat she picked up at a church service. Now, two of her three Siberian Huskies are being quarantined at home after killing a bat in their pen.

Giese says she found the dead bat with teeth marks in the pen where she keeps her two male dogs, Asher and Shai. She sent the bat in for testing and it came back positive for rabies.

Giese says she’s not worried, since both dogs were up to date on their vaccinations. Both were given a booster right away and she’s hopeful everything will work out. Still, she says it is “kind of weird” to have two brushes with rabies in the space of just a decade.

The two dogs will be quarantined at her home for 60 days.