The Green Bay Packers signed two more players to their practice squad today, which means they have filled out their 8-player quota. 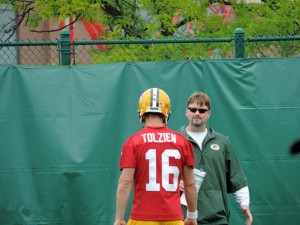 Tolzien entered the NFL as a non-drafted free agent with the San Diego Chargers in 2011.  Following the 2011 preseason, he was claimed off waivers by the San Francisco 49ers, where he was a member of the 53-man roster for both the 2011 and 2012 seasons, but did not appear in a game.

Tolzien will wear No. 16 for the Packers.